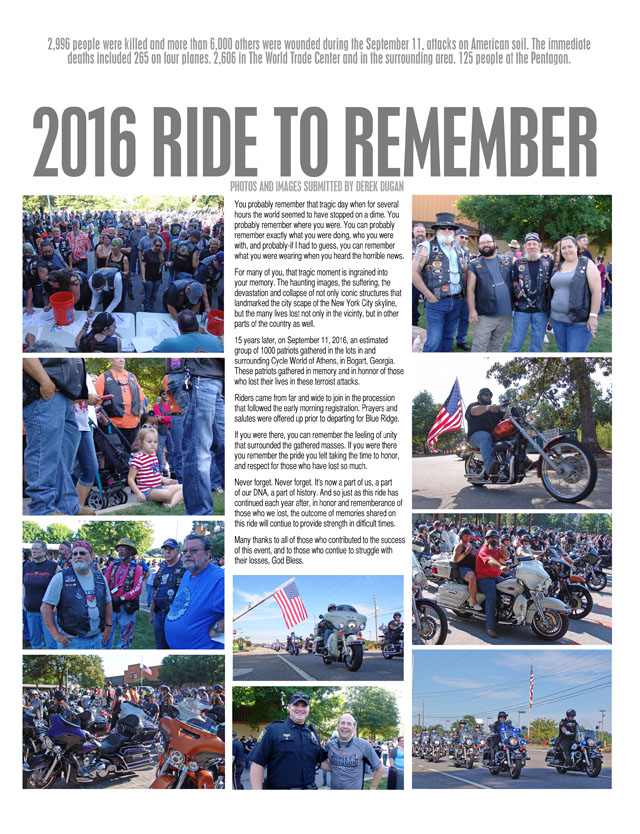 For many of you, that tragic moment is ingrained into your memory. The haunting images, the suffering, the devastation and collapse of not only iconic structures that landmarked the city scape of the New York City skyline, but the many lives lost not only in the vicinty, but in other parts of the country as well.

Riders came from far and wide to join in the procession that followed the early morning registration. Prayers and salutes were offered up prior to departing for Blue Ridge. 
If you were there, you can remember the feeling of unity that surrounded the gathered masses. If you were there you remember the pride you felt taking the time to honor, and respect for those who have lost so much.

Never forget. Never forget. It’s now a part of us, a part of our DNA, a part of history. And so just as this ride has continued each year after, in honor and rememberance of those who we lost, the outcome of memories shared on this ride will contiue to provide strength in difficult times.

Many thanks to all of those who contributed to the success of this event, and to those who contiue to struggle with their losses, God Bless.