Typing through the tears today and trying to find the words which may make my heart a little lighter, or may in some way help yours too. I’ve read dozens and dozens, if not hundreds of Facebook posts. There is a common thread, the man who passed away yesterday was loved, a lot. This man, Willie Prather of Jasper, GA, gave this love too, to all of us.

First and foremost, this man gave that love to his family. Mom, Dad, Donna, Olivia, Kristen and all the rest, always managed to work their way into our conversations. Willie adored his daddy. I really can’t think of a time when we hung out that Dad didn’t come into the conversation.

Willie died way too soon and way too young. He passed on February 23rd, 2015, at only 50 years of age. The last year or so had been hell. His gall bladder was removed October 8, 2014. It had taken months to get a diagnosis and to finally get scheduled for surgery. but his overall health issues had begun much earlier, about a year and half ago.

Willie touched the lives of many. He openly gave of his heart, his time and his money to countless charitable groups and friends in need. It would take a full magazine to list all he was involved with but when it came to kids, animals, the motorcycle community, our US Military, Law Enforcement, or Fire Fighters, he was the first in line. I never had to ask twice when I needed him for March of Dimes, American Diabetes, MDA, or any other groups we supported through the magazine.

I never had to ask twice for assistance at events or bike shows. Now, I may have had to call him 20 times to get him there on time, but he was always there. Once we had a breakdown on the way to set up vendors for the GA State HOG Rally in Hiawassee. I called Willie knowing he was the closest person that could cover for us. His bike slid out from under him as he pulled into a parking lot for fuel. In spite of injuring his shoulder, he still rode there and got it done.

His stories were the stuff that myths are made from. Some of them were myths, maybe a lot of them, but they were always entertaining. To this day I still don’t know whether he intentionally turned off the fuel on the bike I was racing against Chuck Watwood in a dirt drag race challenge. Half way down the course it sputtered and died. 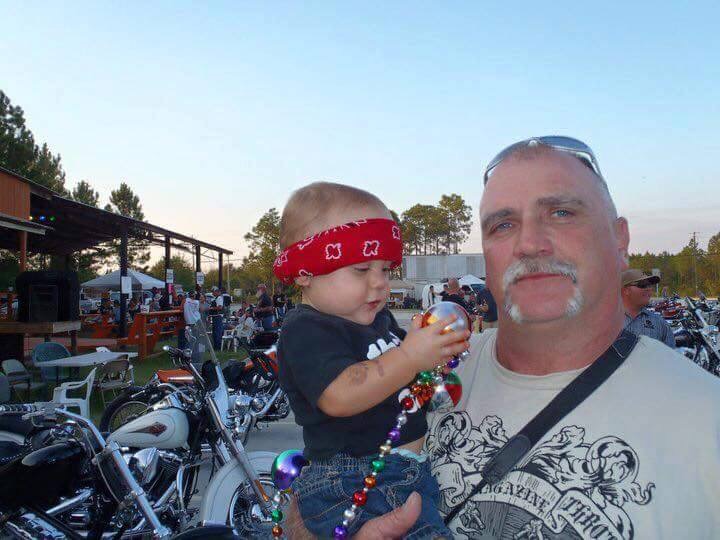 Willie’s love, list of accomplishments, and acts of human goodwill are legendary. Many of us will be talking him about, remembering him fondly for years. Those memories are what creates legends. That’s just who our friend Willie Prather was and is to all who knew him, one heck of a man, myth and legend. He knew you had to roll hard to ride full throttle and I’m sure he is doing that now of streets of gold.