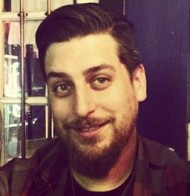 A rare and elusive metro Atlanta Native, Justin grew up in Marietta, GA, later moving a town over, to Powder Springs. There he attended McEachern High School, before transferring to Oakwood High School. While attending Oakwood, Justin discovered he had a flare for graphic design and took several college level classes on the subject. For a few years after high school, he spent time in landscaping, retail, and restaurants.

In 2006 he joined the FT team, invited by his parents, Randy and Vivian Snyder, editor and assistant editor. Returning to graphic design, he received certification through Kennesaw State University. Since joining as a graphic designer, he has undertaken other duties in the Full Throttle process. From layout and design, to distribution, to I.T., Justin is a jack of all trades!